Abbots Grange is the oldest dwelling in Broadway and one of the oldest domestic/monastic properties in the UK, built during the early part of the 14th Century as the summer manor for the Abbot of Pershore. The construction of the main hall and buildings was probably commissioned by Abbot William of Harvington (1307-1340).  It is considered by the Institute of Archaeology to be one of the most important and best preserved English monastic manor houses, and has a rich and fascinating history. The house is catalogued and the architecture described in Pevsners The Buildings of England.

There can hardly be a tragedy in history that has intrigued and fascinated more than the sinking of the Titanic in l9l2. In the million words that have been written; in the countless miles of cinemographic tape that have been filmed, a story was told and the inevitable legend created. But lost in the fantasy of the fiction and hidden from view since that fateful day in 1912 is one of the most moving stories of the 20th century. 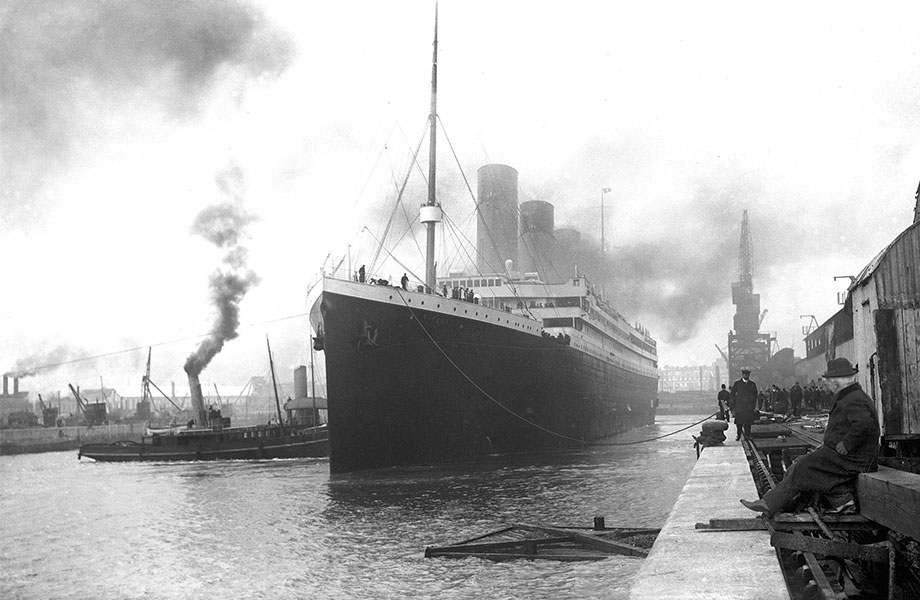 This is the true story of one man who drowned on the fated voyage. It is also the history of an extraordinary 14th century house that made this man remarkable. It is a story about profound love, the fragile kaleidoscope of human emotion and one truly spectacular burst of artistic creativity that bridged two continents and influenced a generation of artists and writers. In essence it is a story of place - a truly magical, spiritual place - buried deep within the English countryside. Locked inside this place, lies the story of Frank Millet and the irresistible allure of Abbots Grange. 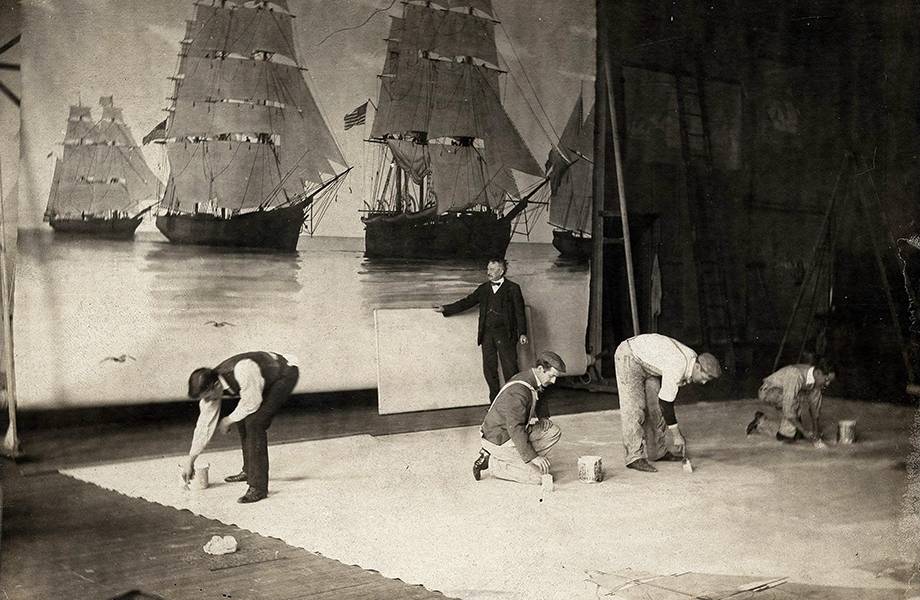 Abbots Grange's charm may be partly down to its discovery in the 1880's by that most quintessential Englishman William Morris, but it needed the love and sensitivity of the American Frank Millet and his beautiful wife Lily to transform it. What they created was a living shrine to their love and a sanctuary for some of the greatest names in European and American culture. The list of those who arrived to seek friendship and spiritual solace at Abbots Grange is truly breathtaking.

Mark Twain came to reflect on the enormity of human change; Henry James followed to contemplate a cruel world. Edward Elgar was mesmerised by the spirituality of the place while the lugubrious figure of Oscar Wilde arrived to find peace from his homosexual torment. As the beauty of the surrounding Cotswold landscape overwhelmed the great French painter Claude Monet, the moody figure of John Singer Sargent found the greatest inspiration of his artistic career in Millet's English paradise. The legacy he left - 'Carnation, Lily, Lily, Rose' – remains unquestionably the finest impressionist picture ever painted outside France. 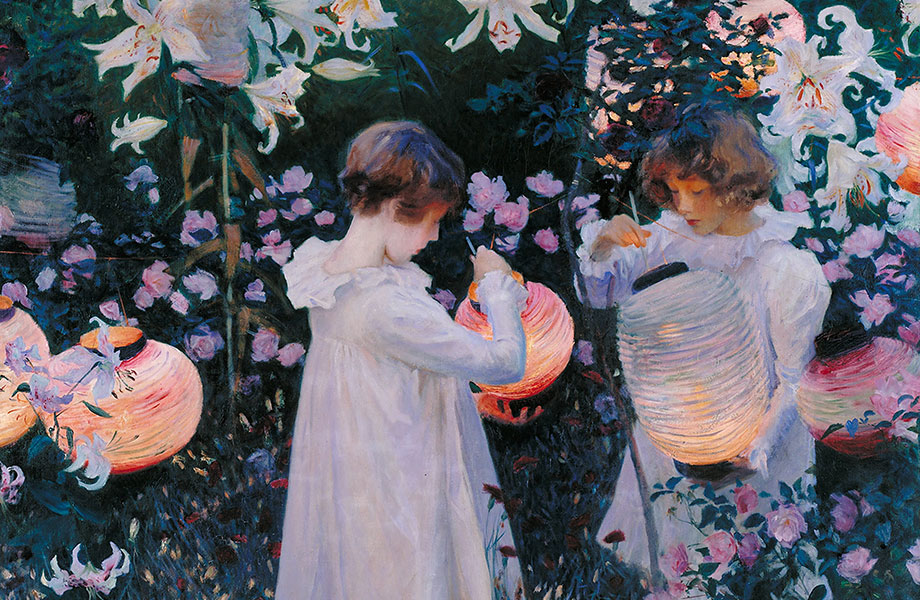 The story of Millet and his wife Lilly is one of a remarkable fusion, the inexplicable and bewildering collision of art and life, love and alienation moulded and sometimes scarred by the multiplicity of human nature. It is a story set against the backdrop of the last golden summer before the Great War changed the world forever. It is a story about love - a love so strong and unselfish that only the tragedy of the Titanic could break it.

Central to the Art and Crafts movement, the renowned American artist Frank Millet acquired Abbots Grange in the late 1800s. His finest work ‘Between two fires’ was painted in The Great Hall at Abbots Grange. The painting is now housed at the Tate Gallery in London. 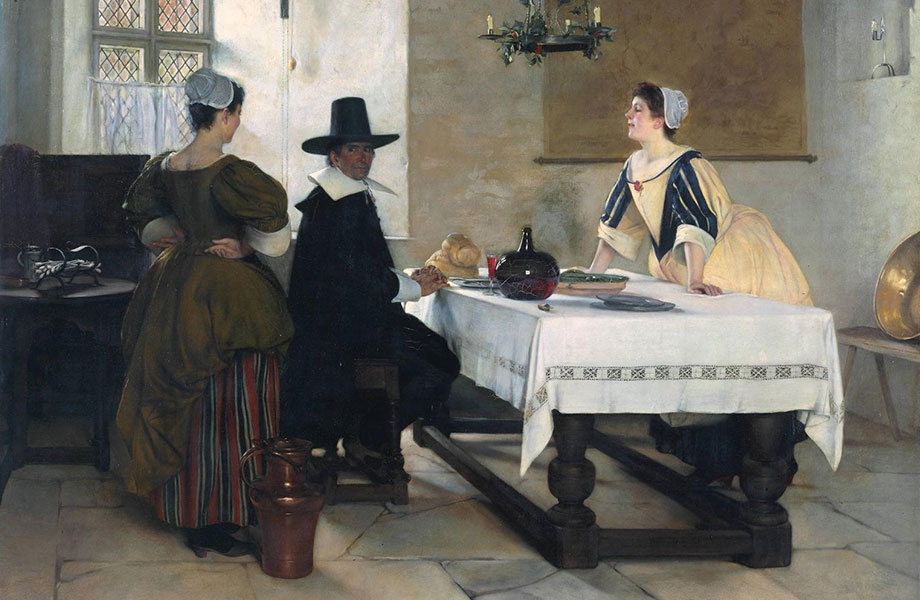 Book 2 nights with us in February and receive your 3rd night for free. (Excludes Saturdays)

Book direct for 2 nights or more to receive a bottle of our delicious house Champagne served on ice in your room upon arrival. (Cannot be used with any other offer or promotion)

Contact us direct at rooms@abbotsgrange.com or book online today.

Book 2 nights with us in February and receive your 3rd night for free. (Excludes Saturdays)

Book direct for 2 nights or more to receive a bottle of our delicious house Champagne served on ice in your room upon arrival. (Cannot be used with any other offer or promotion)

Treat someone to the perfect gift

Gift vouchers are available to purchase for family or friends. They can be adapted for any number of nights and/or for a particular room or suite. To place your order please send us an email with your requirements.